At approximately 8:45 p.m., Saturday, February 2, 2013, the Clackamas County Sheriff’s Office (CCSO) requested PMR’s assistance in locating and evacuating a skier injured in Little Zigzag Canyon. The patient, a backcountry skier, reported that he had broken his leg or hip in a fall and that he was alone. CCSO established contact with the patient by cell phone and advised him how to preserve his phone battery while maintaining communications. The deputies were able to obtain consistent GPS coordinates from each cell phone call, which indicated that the patient was in Little Zigzag Canyon at an elevation of about 4200’.

The patient was on a steep icy slope more than 200 feet from the top of Little Zigzag Canyon. The medics determined that the patient’s injuries warranted a careful extraction in a litter. Once assessed and stabilized, the patient was packaged into a specially made litter and raised to the top of Little Zigzag Canyon by 4:15 a.m. From there the teams pulled the litter across difficult terrain and challenging snow conditions (including ice and breakable crust). The route involved several areas where the litter had to be lowered or raised on ropes. A fourth team of PMR rescuers reached the subject around 9:30 a.m., and fifth PMR team arrived and provided further assistance around 10:00 a.m.. The patient was delivered to an AMR ambulance at approximately 10:50 a.m. for transport to a hospital.

This was an exhausting mission requiring more resources than usual. The weather was clear and cold. Snow conditions and terrain were challenging. This mission illustrates how long an evacuation can take (15 hours from the time the patient called 911), even when the patient is only a few miles from a road. PMR encourages backcountry travelers to be prepared to survive overnight in all conditions. Most backcountry areas do not have cell phone coverage, and this patient was fortunate that he was able to make a connection by cell phone. For more information about the cell phone as a rescue resource, please review our fact sheet at PMR Cell Phone As Rescue Resource 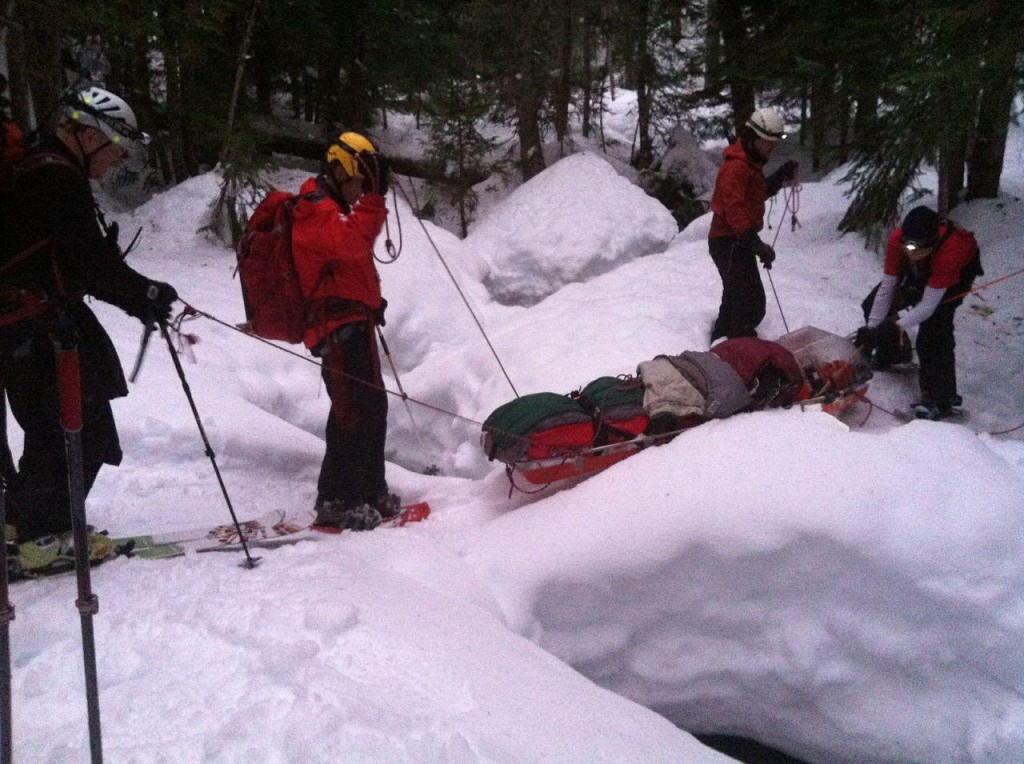