Steve Leavitt, a 57 year old skier from The Dalles, was skiing with his brother at Mt Hood Meadows on Tuesday, March 7. The mountain had received several feet of new snow in the previous days, and deep powder conditions made for exhilarating, but challenging skiing.  Steve’s brother called it a day early, but Steve kept skiing.  His lift pass was last scanned getting on the Heather Canyon lift at 11:20 a.m.  When Steve didn’t return home that evening, his family was worried and reported him missing about 7:30 p.m.  His family indicated that he was not carrying an avalanche beacon, climbing skins, food, water or any equipment for a night out.

Ski patrol searched for Steve that night, and the Hood River County Sheriff requested assistance from Portland Mountain Rescue and the Crag Rats for Wednesday morning. Search crews focused on areas served by the Heather Canyon lift.  Steve’s family reported that Steve was an experienced skier who liked to ski the steep trees of Jacks Woods and Private Reserve, and he knew the area well.  His car was still at the Hood River Meadows lot, but contained no clues.  So the search area included the Clark Creek runout that returns skiers from Heather Canyon to the parking lot.

Search efforts were complicated by 17” of fresh snow that had fallen since noon on Tuesday. The snow covered all clues and made for dangerous avalanche conditions.  Searchers focused on tree wells where clues or a body could be buried.  They skied slowly from tree to tree and tried to probe every tree well with potential.  Searchers also scanned with a Recco receiver although it was not known if Steve’s clothing included a Recco reflector.  Efforts to ping Steve’s cell phone were unproductive.

Mt Hood Meadows Ski Patrol and others continued the informal search into the following week. After some surface snow melted, ski patrol finally spotted Steve’s helmet at the snow surface late on March 15 and his body was recovered the next day.  Steve apparently had collided with a tree and suffered trauma.  He had come to rest in a tree well, and the heavy snow had fully covered him.  Steve’s body was found in an area where searchers had made multiple passes and had probed tree wells without finding him, which is testament to the difficulty of searching under these conditions.

Our hearts go out to Steve’s family and friends. We encourage all back country travelers to enjoy their adventures with a friend or two and not to recreate in remote areas alone. Tree skiing is both challenging and rewarding, but if you need assistance you will be hard to see or hear unless a buddy is close by.

Our rescuers logged a total of 241 hours on this mission, which does not include time volunteered by other units. The search received extensive coverage from local new media:  http://www.kgw.com/news/local/skier-from-the-dalles-missing-on-mt-hood/420780316 http://koin.com/2017/03/16/body-of-missing-skier-57-recovered-on-mt-hood/  http://www.oregonlive.com/pacific-northwest-news/index.ssf/2017/03/authorities_recover_body_of_mi.html 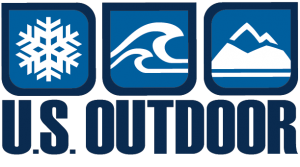 US Outdoor Store is holding it annual kick off the season bash at the White Owl Social Club this Saturday. They are going to raffle off a bunch of this season’s boards and skis–great gear for next to free! AND ALL THE PROCEEDS GO TO YOUR FAVORITE MOUNTAIN RESCUE UNIT! We hope to see you there.  Click here for even details:  WHITE-OUT-PARTY -PRINT (1)